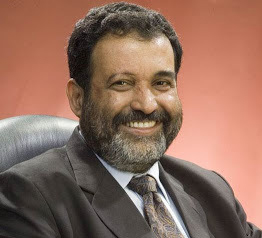 Mohan is the Chairperson of the Board of Manipal Global Education Services Private Limited and Advisor to the Manipal Education and Medical Group. Recently, he has co-founded AARIN Capital with the intention of funding operational support in Technology, Ecommerce, Health Care and Life Science. Mohan is also a founding member and Vice-President of the Bangalore Political Action Committee. He is based out of Bangalore, India.

Mohan actively interfaces with key leadership at Indian regulators to improve the business ecosystem. His areas of focus are Education, Information Technology (“IT”) and Human Resource Development aimed at improving the quality of education and availability of skilled manpower in the Country.

Until mid-2011, Mohan was a Member of the Board at Infosys Limited, Bangalore (formerly Infosys Technologies Limited). Mohan joined Infosys in 1994 and was elevated to a Member of the Board in 2000. He was Infosys’s CFO from 1994 to 2006. In 2006, he voluntarily relinquished the role to lead Human Resources and Education & Research. In June 2011, Mohan stepped out of Infosys to pursue his other long-standing passion – higher education for human development. At Infosys, Mohan led the first listing of an India-registered company on the NASDAQ and the first sponsored secondary offering of American Depositary Shares by an Indian company. Mohan was an early adopter of US Sarbanes Oxley regulations, considered the world’s most demanding requirements on corporate governance. Infosys was among the first corporations outside of the United States of America to comply with this regulation, ~two years ahead of the deadline for implementation mandated to foreign filers.

Mohan has a keen interest in human development through education such as illiteracy eradication through the promotion of primary education. In 2000, he along with certain other philanthropists set up the Akshaya Patra Foundation, Bangalore – a mid-day meal program for school going children. Today, the mid-day meal program feeds over 1.3 million children each day in 8,500 government schools across nine Indian states. This program aims to feed 5 million children each day by 2020. Mohan continues to make substantial personal contributions to the program. This initiative has become the largest mid-day meal program in the world.